What Is A Solar Inverter?

For the most part when people think of solar they think of solar panels but rarely are people aware of what role solar inverter plays in delivering your home power from the sun. While the panels are a crucial part of your solar power system, the inverter is the component that makes it possible for your home to use the power they gather.

Given how important your solar inverter is we thought it might be a good idea to have a quick look at what role they play in gathering energy from the sun and what innovations you might want to keep an eye out for when it comes to shopping around. If you would like us to walk you through any information in this article or would like to know more about solar inverters then you can always get in touch with us online or contact us by phone on 1800 255 474 to talk to a solar consultant. 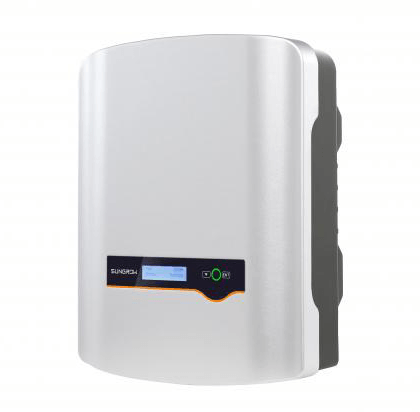 What Does A Solar Inverter Do?

It can help to think of your inverter as a translator. Your solar panels generate direct current electricity which is commonly referred to as DC. The problem is that your home and its appliances all run on alternating current or AC electricity. The inverters job is to convert the DC power from your panels into AC power for your home.

When your inverter receives power from your solar panels it converts it to AC and then sends it along to the fusebox (distribution board) which then distributes it like normal power drawn from the traditional grid. Depending on whether the solar system has a solar battery any excess power is either stored or sent back to the grid to take advantage of feed-in tariffs.

Below we have a diagram outlining the basic components of a solar system, showing the flow of power from the panels back to the grid:

The model of inverter you go with can be dependent on a variety of factors. First off you will need to know how much power is being delivered to the inverter by the panels. The inverter must be able to handle the maximum amount of electrical load the solar power system can generate. You then need to consider what additional features you may want.

Some inverters use something called Maximum Power Point Tracking (MPPT) to get the most power possible from your solar panels. The panels on your roof are more complex than they may appear and their ability to draw power is dependent on the amount of solar irradiation they are exposed to as well as their temperature and total resistance.

It helps to think of it like a “sweet spot” when it comes to drawing power as efficiently as possible. Solar irradiation and temperature fluctuate throughout your day so having MPPT means the inverter will constantly make changes to resistance to get the most out of your solar panels.

Having a solar battery is becoming more and more standard when it comes to solar PV systems and with this has come a surge in popularity for hybrid inverters such as the E5 Hybrid Energy System from Delta. Solar obviously only gathers energy during the day and for a lot of us that is when our power demands are lowest. Having a hybrid inverter means the inbuilt battery can store power for later when you need it the most. 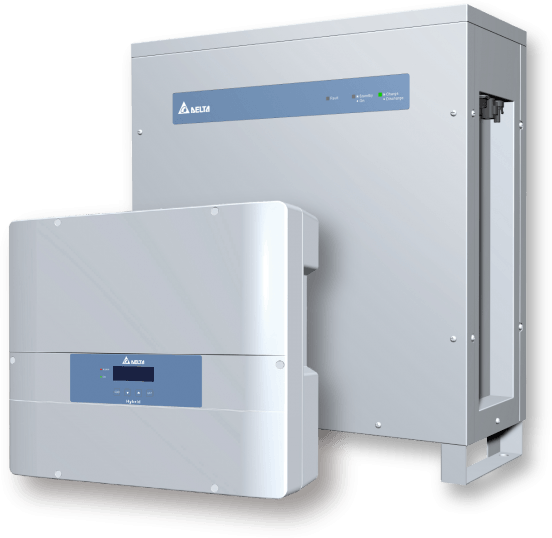 The E5 Hybrid System can act as a standalone power supply which means if it is paired with a solar array it can power a remote household without the need for any connection to the power grid.

While it can be easy to get into semantics about the various types of solar inverter, we can group them up into 4 different types, some of which we have covered above:

These are typically used in systems that are not connected to a grid. They draw DC energy from batteries that have been charged by the solar panels. They will often have an internal battery charger that will replenish the batteries from an AC source.

A grid-tie is designed to convert DC into AC as per normal but it also ensures the power is able to be distributed back to the power grid. They do this by matching phase with the sine wave of the utility grid it is feeding into.

These do it all, they convert DC to AC but can also contain a solar battery, manage resistance with MPPT and feed to the grid like a grid-tie inverter. Incredibly versatile, hybrid inverters can be used for a variety of applications.

Other types of inverters do not function during utility outages but this is where the battery backup inverter shines. They draw power from a battery and export excess to the grid or to the home during a outage. If you hate blackouts then this could be a viable solution. 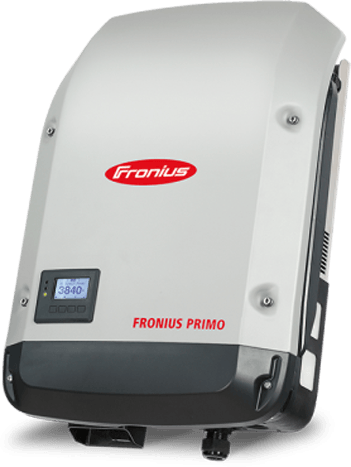 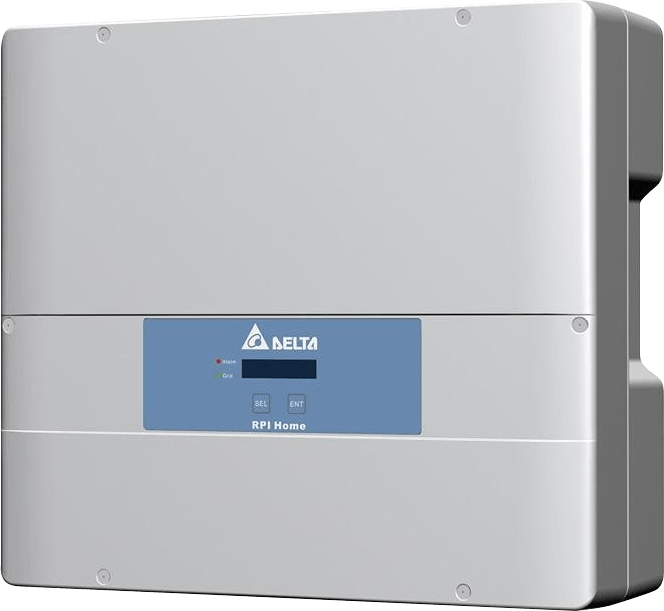 With more and more people taking up solar power it has become a giant industry and with this we see new products hitting the market every week. The amount of solar inverters on the market is ever increasing and finding the right one is absolutely vital to ensuring you get the most out of your new solar system.

Our solar consultants are able to guide you through the best choices for your solar inverter, helping you to make the most informed choice possible. You can talk to one of our expert staff by calling us on 1800 255 474 or you can fill in our online quote form to have someone get back to you with a range of options that will best suit your needs.